Is Russia a state that encourages acts of terrorism?

Recently, the US Senate approved a non-binding resolution asking Secretary of State Anthony Blinken to add Russia to the list of state sponsors of terrorism.

The members of the US Congress did not back down, and on July 29 they published a draft law that, if it gets the necessary votes in both chambers, will make Congress the actor that introduces Russia to the list of supporting states terrorism, not the State Department, as had been the case heretofore.

However, what exactly is state-sponsored terrorism and under what circumstances is a country blacklisted?

The debate on the American public stage has sparked much controversy, with experts in terrorism or international law making arguments and counter-arguments about this decision.

Among experts, there is no unanimity on the topic, with the most common critics claiming that the State Department’s list is politicized and unhelpful in distinguishing precisely which are those states that systematically sponsor acts of terrorism, and the criteria for designating a state that supports terrorism are subjective and incomplete.[1]

One reason for the lack of scientifically rigorous criteria is the fact that, in the academic world, there is no universally accepted definition of terrorism or of the state actor who supports acts of international terrorism.

The pariah countries currently on the State Department’s list are Syria, Iran, North Korea, and Cuba.

The situations of Cuba and North Korea bring other critical arguments to the State Department, according to which the inclusion of a state on this list depends more on the political will of the moment and less on scientific criteria.

For example, State Department officials put Cuba on the aforementioned list in 1982. The United States maintained the economic embargo against Cuba until the second term of President Barack Obama, who wanted to restore diplomatic relations with Havana.

A year later, as part of efforts to warm diplomatic relations, Secretary of State John Kerry removed Cuba from the list of pariah states.

Without a new decision in the foreign policy of the Government in Havana that would have encouraged acts of terrorism, President Donald Trump criticized the gesture of his predecessor, and Secretary of State Michael Pompeo reintroduced Cuba to the famous list.

The same happened with North Korea. In 1998, it was placed on the list of state sponsors of terrorism, 10 years later, President George W. Bush decided to remove it, as a result of his negotiating plan to dismantle North Korea’s nuclear weapons program. And the Trump Administration reintroduced North Korea to the list in 2017.

Including the Russian Federation, strictly based on the definition used by the State Department, could have received this „label” in the past, but because the United States had no interest in completely severing diplomatic relations with Russia, this did not happen.

Daniel Byman, professor at Georgetown University and an expert in counter-terrorism, explains this nuance at length: „Russia could have been a candidate for the list of state sponsors of terrorism, if the definitions considered were applied. Russia has worked closely with Lebanon’s Hezbollah since Moscow intervened in Syria in 2015.

Russia, which denies that Hezbollah is a terrorist organization, has supplied the organization with weapons and used air power to support operations in Syria. Moscow has also organized assassinations or attempted assassinations of dissidents on foreign soil, notably dissident Sergei Skripal in the United Kingdom, but there are other, less publicized cases.

In addition, Russia smuggled weapons to the Taliban. Similarly, the United States needs Pakistan and Turkey for a number of political reasons, including for counterterrorism battles in Afghanistan and Syria, respectively.”[2]

Therefore, the inclusion of Russia on the list of states that support or commit acts of terrorism is rather a political act, a foreign policy tool of the White House administrations.

Once it enters this negative „club”, Russia would be subject to even harsher sanctions than before (sanctions that can be introduced even without this designation), and the novelty would be that the American state would target for sanctions and third states that maintain economic exchanges with Russia.

In addition, the measure would become more effective if there was a trans-Altantic coordination in this endeavor, more precisely, it would be useful for the EU to designate Russia as a terrorist state, as the Foreign Minister of Latvia recently expressed his desire, Edgars Rinkevičs.

Unlikely, as long as Europe’s energy dependence on the Kremlin cannot be reduced overnight, it takes time, perhaps even a good few years, and such a gesture could lead to Russia expelling most of the European ambassadors from Moscow, and negotiations on this topic could be completely blocked.

Articolul precedentEXCLUSIVE: The testimony of a woman fighting in Ukraine: I don’t hate all Russians. I simply feel sorry for those who champion this horror | VIDEO
Articolul următorHarassment of the media through the judiciary. PressHUB, summoned to court by an NGO under investigation 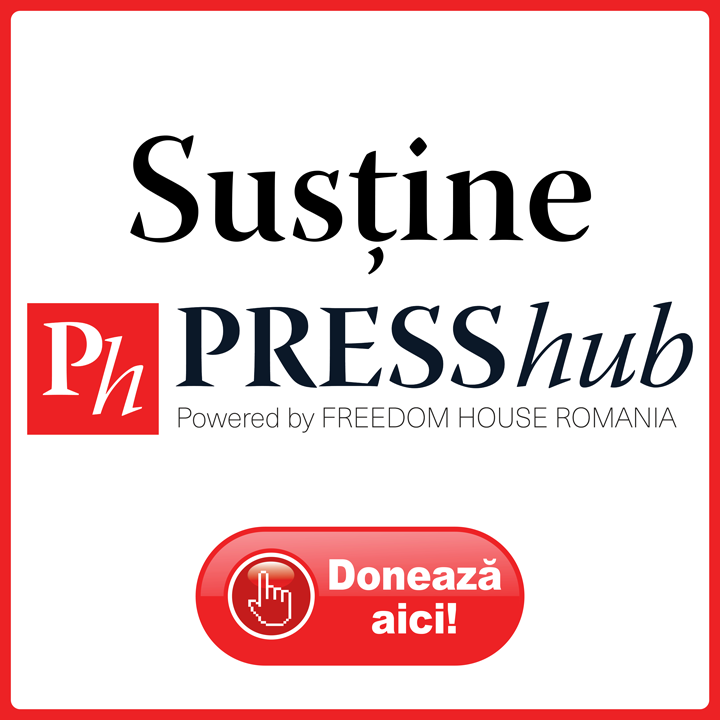